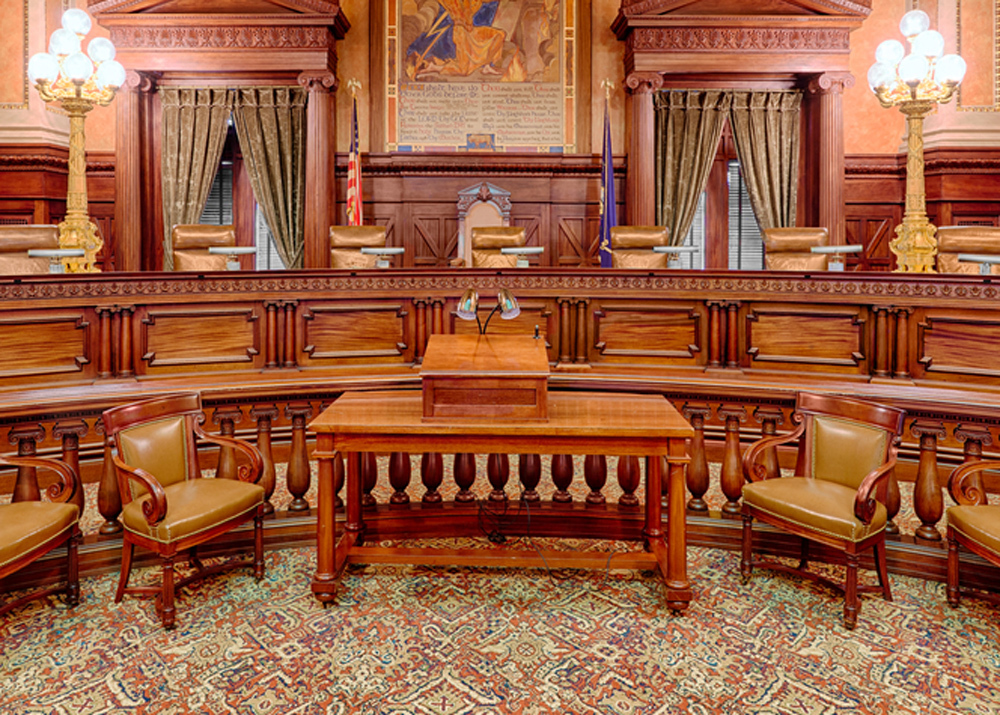 In a two-page order, the Supreme Court of Pennsylvania ruled today that the state's congressional districts were unconstitutional due to gerrymandering and that it "clearly, plainly and palpably violates the Constitution of the Commonwealth of Pennsylvania." (J-1-2018) 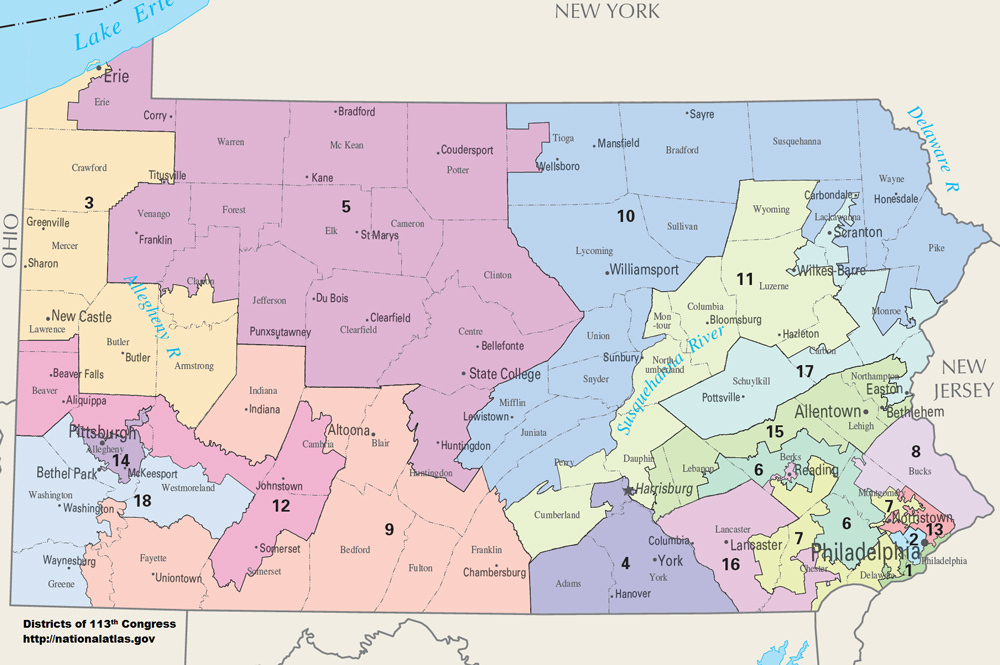 If you are not familiar with gerrymandering, essentially it is the process by which populations are divided to concentrate certain demographics and distribute others in order to influence political outcomes of a given representative district's seat. 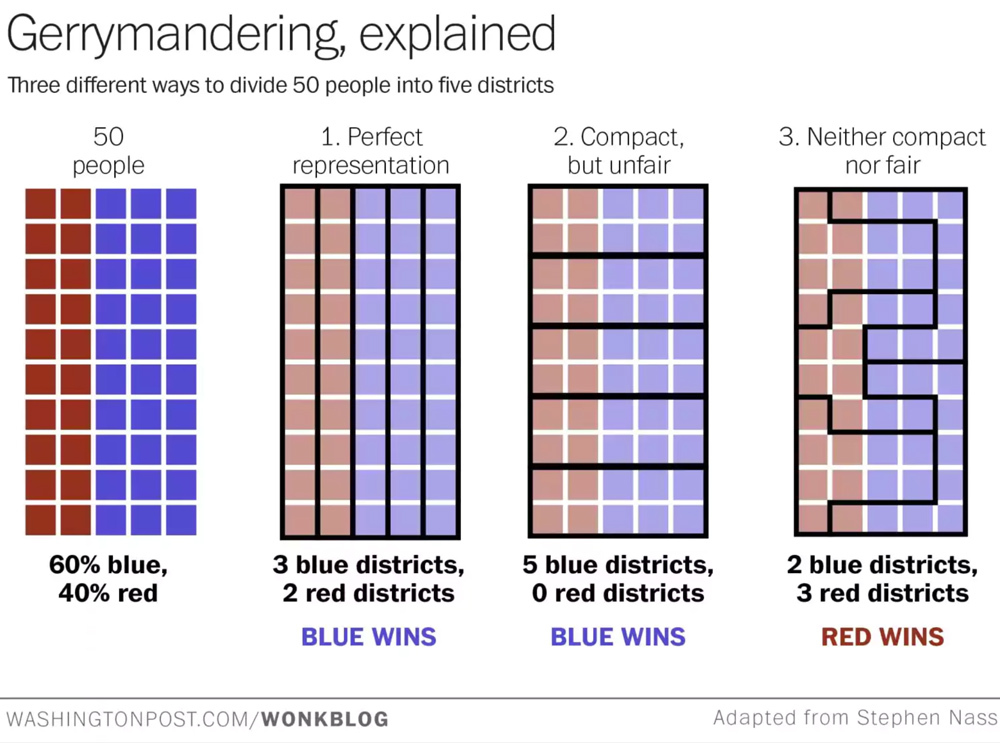 This can lead to numerous problems – including artificially noncompetitive seats and therefore intentionally nonresponsive representatives; more extreme candidates with increased unwillingness to cross the aisle to reach a compromise; and, among other things, a lack of true representation in which one person's vote is intentionally undervalued. All of which undermines the health and stability of a functioning democracy.

Pennsylvania definitely had some pretty egregious examples of districts drawn with a clear intent to skew an outcome (just look at maps above for districts 6 and 7 outside of Philadelphia).

Here are some additional examples (below) of even more extreme lengths those in state legislatures have gone to inappropriately skew the numbers to favor one outcome over another: 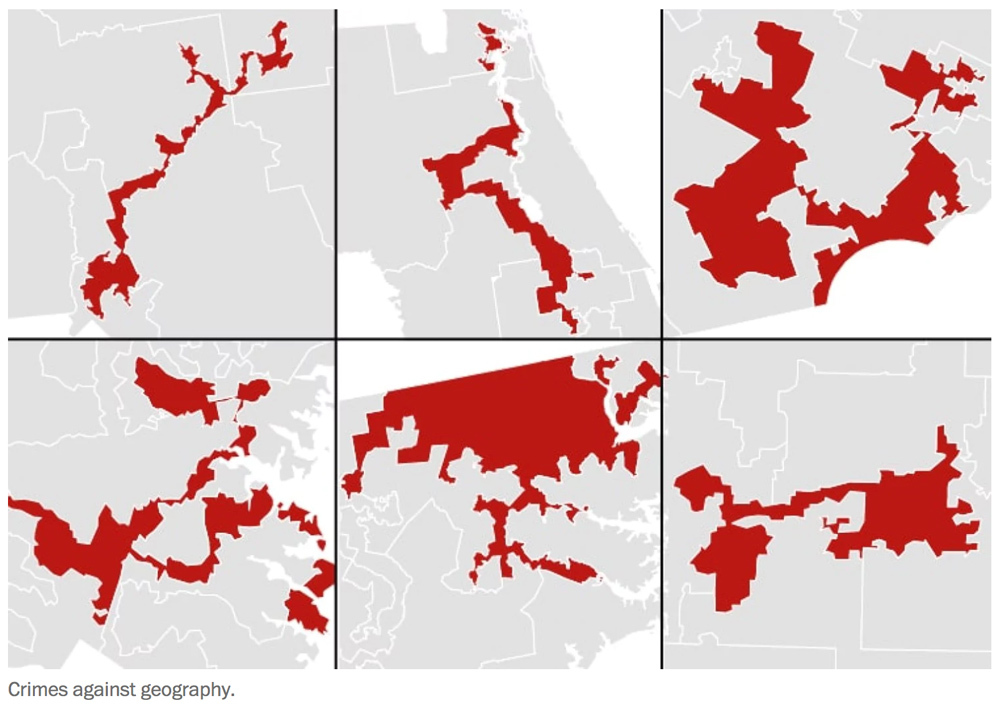 So today I am celebrating one state's progress towards a more perfect union.

We still have a long way to go – and it is no exaggeration to say that the future of our democracy depends on getting this right (nonpartisan and representative).