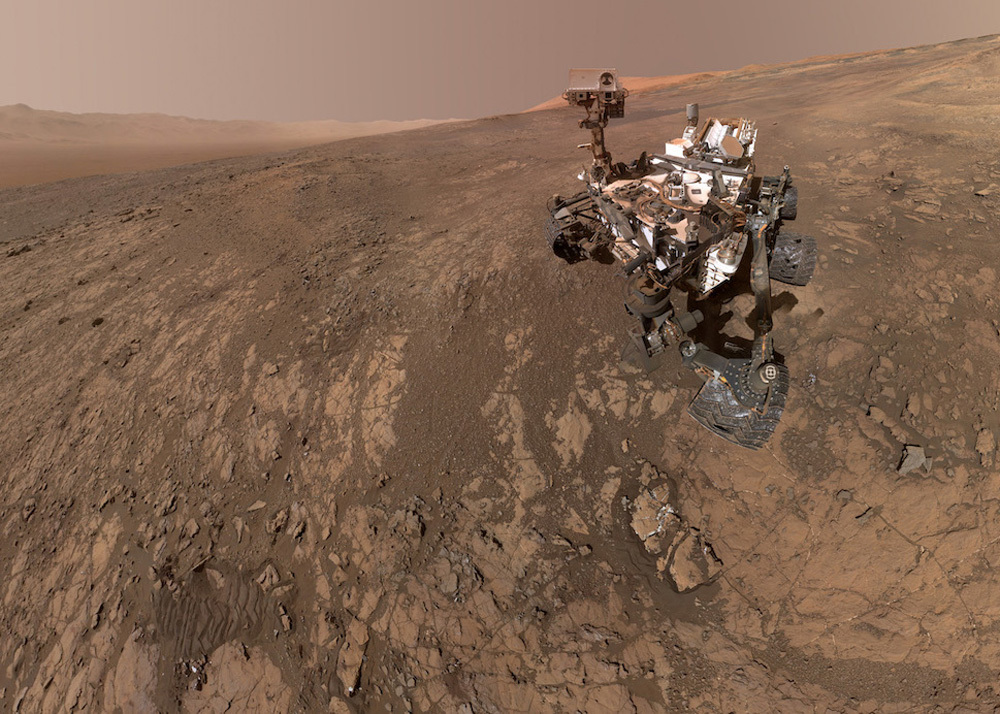 NASA reported on the momentous accomplishments of Opportunity, saying:

"With data from the rovers, mission scientists have reconstructed an ancient past when Mars was awash in water. Spirit and Opportunity each found evidence for past wet conditions that possibly could have supported microbial life. Opportunity’s study of “Eagle” and “Endurance” craters revealed evidence for past inter-dune playa lakes that evaporated to form sulfate-rich sands. The sands were reworked by water and wind, solidified into rock, and soaked by groundwater.

While Spirit’s initial travels in Gusev Crater revealed a more basaltic setting, after reaching the “Columbia Hills” the rover found a variety of rocks indicating that early Mars was characterized by impacts, explosive volcanism, and subsurface water. Unusual-looking bright patches of soil turned out to be extremely salty and affected by past water. At “Home Plate,” a circular feature in the “Inner Basin” of the “Columbia Hills,” Spirit discovered finely layered rocks that are as geologically compelling as those found by Opportunity."

These frames from the Microscopic Imager at the end of the rover's robotic arm were used to create the photomontage: https://t.co/4duaH8SHmX pic.twitter.com/X5J1yys7Wn

Can you imagine building something that has been running day-in and day-out for 14 years on a plant 34+ million miles away? That is some serious engineering!